I had an interesting experience two shabbatot ago. I took a weekend off from EMJC and was able to attend the bat mitzvah of the daughter of a friend in Queens. The service took place at a nominally Conservative shul, but the service was so different from our own, and from most Conservative services that I’ve attended, that it quite took me by surprise. The rabbi played electric piano through much of the service. His adult daughter led the congregation in Israeli songs as his son accompanied on clarinet. All parts of the service were abbreviated, and there was a general air of “reinvention” throughout the morning. It was a lovely service, but not at all what I was expecting.

In the meantime, I was contacted by an Israeli acquaintance here in Brooklyn. Guy Regev has been involved for years in bringing together the Israeli Brooklynite community and has been running programs to that end. He has arranged for a panel discussion at the Kings Bay Y in a couple of weeks featuring Guri Alfi, a well-known Israeli comedian. Alfi has produced a 4-episode series (in Hebrew) called HaYehudi HaChadash – “The New Jew,” which explores American Jewry through the eyes of Israelis (the show is the subject of the panel). I’ve watched three episodes so far, and it’s quite absorbing. As the publicity blurb says, it “will likely enlighten, entertain, annoy and offend viewers in different ways, but it does present a varied and interesting portrait of American-Jewish life.” It is at times quite touching and there are some beautiful moments, and at times it can be irreverent, even mocking, but it does present a stark contrast between Judaism as experienced by Israelis and what Judaism looks like here in the United States.

As it happens, this is a subject that I think about a lot. If Israeli Judaism is, by and large, “traditional” Judaism, what is American non-Orthodox/non-traditional Judaism’s claim to authenticity? Or has it simply rejected that claim altogether and is busy forging a “new” kind of Judaism? And if it is, how are we to assess that? “New” Jews are doing some of the most innovative and challenging work, engaging Jews in spiritual community who would otherwise be lost. In Israel, as the show observes, if you’re a Jewish Israeli but are not “religious” or observant, you’re still unmistakably Jewish – you live in a Jewish state and are surrounded by Jews. Not so in America – here, if we want to engage Jews in the richness of their tradition and culture and spiritual heritage, we have to get them any way we can. So if a service strays so far from the norm but engages the attendees and has them coming back week after week, this must be seen as a great thing!

I come from a fairly traditional synagogue background. The service I attended growing up in Toronto was “traditional” – Orthodox Jews would have felt comfortable there (Shlomo Carlebach was an occasional attendee!). I have struggled with trying to find a balance between the Judaism that is familiar to me – the Judaism that nurtured my love of Judaism – and the needs of the broader non-Orthodox community that I serve. It’s often an uncomfortable struggle, and I confess that I continue to agonize over some decisions, but I am fully awake to the beauty of the diversity of the American Jewish Community, even if many of its facets don’t speak to me, personally, on a spiritual level. The fact that they speak to so many others is just fine by me – in fact it’s something to be celebrated. So Israelis may shake their heads, they may laugh at some of our practices (which, admittedly, can get pretty strange!), but I think (as “The New Jews” indicates) that there may really be some “religious envy” at play. Secular Israelis yearn for spirituality, but Orthodoxy simply will not work for them. I’m sure that some Israelis covet the breadth of choice that we have in this country.

I’m glad I attended services in Queens – it was eye-opening – and I’m glad we have the service we have at EMJC. I am not afraid of innovation, and there is room for more at our synagogue. It’s a big discussion. I hope to bring The New Jew to EMJC and really delve in to this issue. At its core, it’s about the future of Judaism in America. What part do we play?

The Hannah Senesh School, which a number of our members’ kids attend, is looking for volunteers for what they are calling an 8th grade/elder partnership. If you identify as an elder (could be 75 or older, but younger would be fine too), the school is looking to partner 8th graders with you. Here’s the information from Phyllis Konigsberg at Hannah Senesh:

Elders are partnered at the start of the year with two 8th graders.  The partners get to know one another over the course of the year through discussion and activities. The year partnership culminates in an oral history project.  Participants should be familiar with Zoom, 75 or older and available on select Tuesdays from 1-2. There are 8 meetings altogether.

This is a wonderful way to share your story, whatever it may be, with kids in their last year of middle school. If you are interested, please get in touch with me (Rabbi Sam).

Hannah Senesh is on a recruiting mission. There are generous scholarships available for families who are interested but may not be able to afford the full price of tuition. If you are interested in finding out more, please let me know. The school is interested in setting up an informational session for interested parties.


The EMJC community had the great pleasure of hosting the Acosta Molina family at our annual Sukkah decorating party on Sunday, September 19. For those who are not aware, the Acosta Molinas are asylum-seekers from Honduras who arrived in the US last April and have been receiving both material and financial help from our synagogue.

Katy, Misael, Nicol and Madai were thrilled to join us at such a joyous EMJC event! Nicol and Madai had a wonderful time creating decorations for the Sukkah, and the whole family was very impressed by our congregation’s warm welcome. Special thanks to friends who reached out to Katy and Misael with their high school Spanish and also to those who made Nicol and Madai feel like part of the EMJC family as they created wonderful decorations in the sukkah.

In a message that evening, Katy wrote, “It was so beautiful to spend time with you today and meet everyone. The girls are so happy. We are very grateful.”

While the family has most of the material items needed at this point, they still require significant financial help as their legal case slowly goes through the US immigration system. Donations can be made by check to EMJC with the memo “Acosta Molina Fund” or on the EMJC website with the note “Acosta Molina Fund.”

Warm thanks to all,
Marjorie Sanua
EMJC liaison to the Acosta Molina family 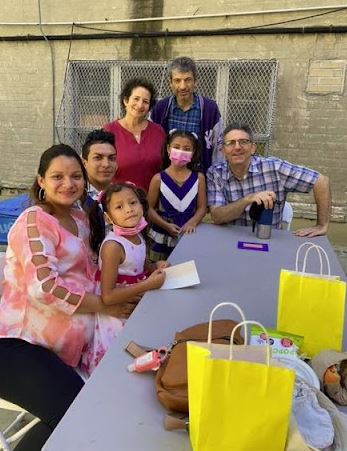 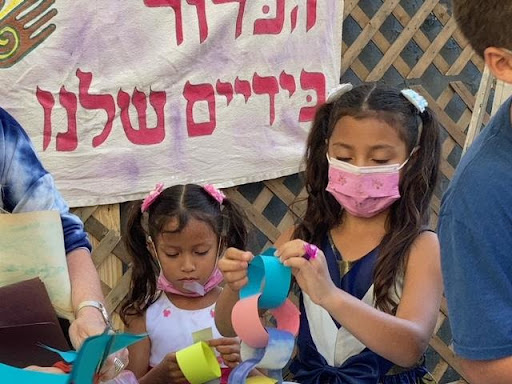 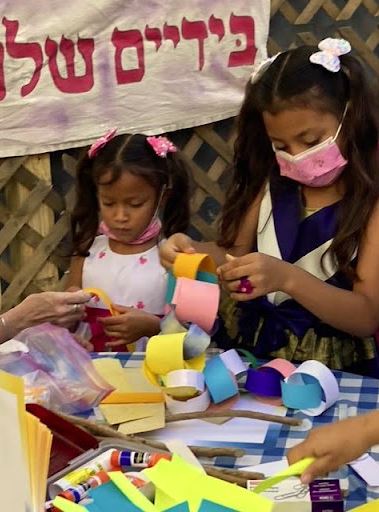 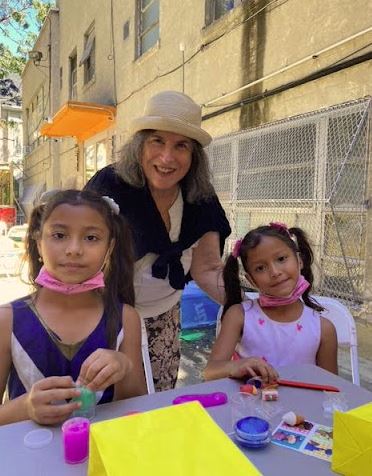 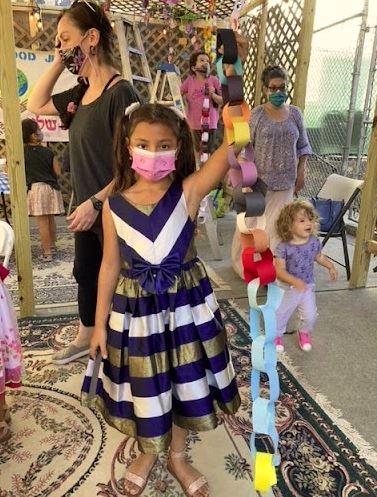 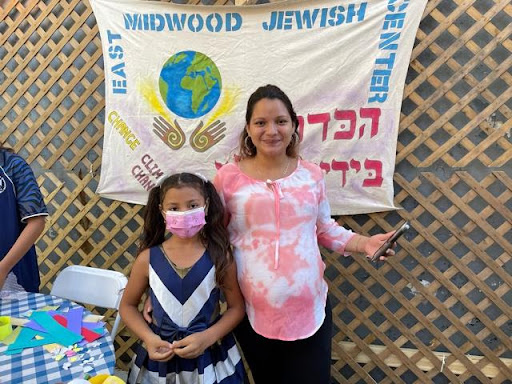 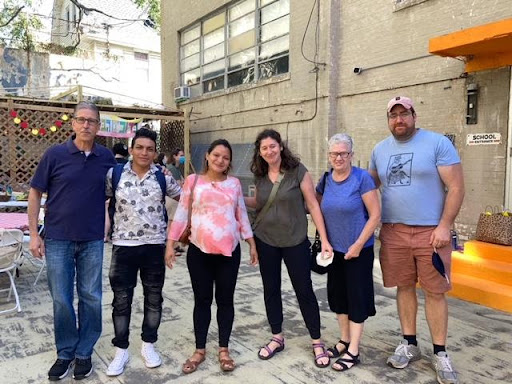